House prices in Canada's popular ski regions expected to dip 3% over the next year, despite year-over-year price gains 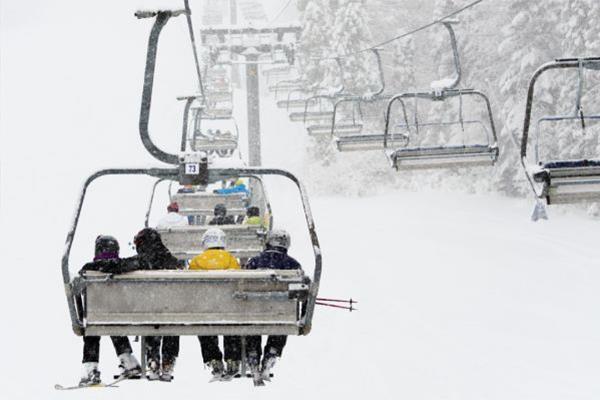 Single-family detached home price increased 15.1% in the first 10 months of 2022

TORONTO, Nov. 29, 2022 /CNW/ - According to the Royal LePage Winter Recreational Property Report released today, Canada's popular ski regions have posted double-digit year-over-year home price appreciation1 since the beginning of 2022, despite rising interest rates and price declines in the residential market. Nationally, in the first 10 months of the year, the median price of a single-family detached home increased 15.1% year-over-year to $1,042,700.

"While the rapid rise in interest rates, which began in March of this year, has caused many would-be buyers in the residential market to move to the sidelines, some recreational property purchasers - most notably in higher-end markets - have demonstrated a greater tolerance to increasing monthly mortgage costs," said Pauline Aunger, broker of record, Royal LePage Advantage Real Estate. "Additionally, many buyers of secondary properties are able to leverage equity from their primary residence or may not require financing at all."

All recreational regions surveyed recorded double-digit declines in the number of homes sold during the first 10 months of 2022, compared to the same period last year, when demand for properties reached historical highs. Royal LePage recreational property market experts across the country report more balanced conditions and an increase in inventory, compared to 2021. It is widely anticipated that further price growth is unlikely, as activity levels are expected to continue their decline.

"For most Canadians, owning a recreational property is a nice-to-have lifestyle option," said Aunger. "In the current economic environment, it is not surprising that sales have declined. With recreational homes in greater supply and most staying on the market longer, those that remain in the market are facing less competition, compared to last year. While activity has moderated from the exuberant levels seen during the pandemic boom, demand for recreational properties remains healthy - both as primary and secondary residences. Even as offices reopen and international travel resumes, buyers with the ability to work remotely continue to permanently relocate into recreational communities in search of better work-life balance and access to the outdoors."

In its 2022 federal budget released on April 7th, the Government of Canada announced that it will be implementing a two-year ban on non-Canadian citizens and non-permanent residents from purchasing residential property in the country.2 The ban is slated to come into effect on January 1st, 2023. While vacation homes are expected to be exempt from this restriction, the announcement has had a significant impact on the buying intentions of U.S. citizens.

A recent Royal LePage survey of U.S. citizens living in border states,3 conducted by Leger, found that 75 per cent of those who currently own a recreational property in Canada said that they made their purchase after the two-year foreign buyer ban was announced. Of those who purchased following the announcement, 77 per cent stated that the potential impacts of the ban on their ability to buy real estate in Canada after January 1st, 2023, influenced their decision to purchase before the end of this year.

Among those surveyed who do not currently own a recreational property in Canada, but plan to make a purchase, 67 per cent said that the current strength of the U.S. dollar has made them more inclined to buy a home north of the border. The primary reasons for wanting to buy a recreational property in Canada are multi-season usability (39%), for retirement purposes (38%), and for investment purposes (37%).

"Canada's winter recreational regions are a draw for our neighbours to the south who are looking for a place to live and play in the winter months. The strength of the U.S. dollar, investment opportunities and relative affordability of recreational properties have enticed buyers from south of the border. With its world-class skiing resorts and picturesque winter landscapes, Canada will remain a desirable location for recreational buyers from all over the world," said Aunger.

Royal LePage is forecasting that the median price of a single-family detached home in Canada's recreational ski regions will decrease 3.0 per cent over the next 12 months to $1,011,451.

"While the number of homes coming onto the market has increased, we are seeing a notable decline in sales activity. The number of days a property typically stays on the market has risen by about 30 per cent since the beginning of the year, settling back to pre-pandemic levels as the buying boom comes to an end," said Desmond von Teichman, broker, Royal LePage Locations North. "Still, demand remains strong. We continue to see a number of residents with remote working capabilities permanently relocating to the region from the Greater Golden Horseshoe in search of more affordable real estate and better work-life balance. While this trend has slowed, we don't imagine that it will end soon."

The short-term recreational rental market has been under pressure as of late, added von Teichman. With global travel having resumed once again, seasonal rentals face diminishing demand and increasing supply as Canadians choose to vacation abroad. The effects of higher inflation, rising mortgage rates and the increased cost of living have also weakened demand on rentals, as many Canadians cut back on discretionary spending. While there has been a slight decrease in demand for luxury properties compared to 2021, von Teichman added that this segment of the market has outperformed the overall market this year.

"Given its convenient proximity to the GTA, Southern Georgian Bay's real estate market is largely driven by demand from within Ontario," said von Teichman. "Urban buyers may be somewhat cushioned from the impacts of rising interest rates here, as funds acquired from selling their properties in high-priced surrounding areas tend to stretch farther and boost their buying power."

Market activity is largely motivated by local demand from nearby cities. However, Ontario remains a desirable destination for U.S. purchasers. Forty-three per cent of U.S. citizens living in border states who currently own a recreational property in Canada have purchased a home in Ontario. Of those who plan to purchase a recreational property in Canada, 48 per cent say they intend to purchase in the province.

Royal LePage is forecasting that the median price of a single-family detached home in Southern Georgian Bay will increase 5.0 per cent over the next 12 months, as the market continues its return to pre-pandemic seasonal trends. 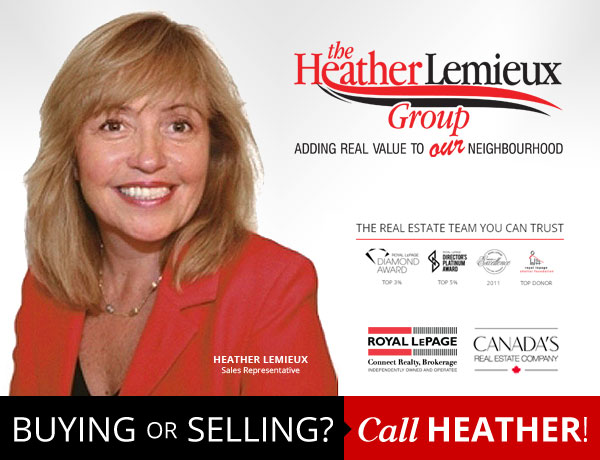 Thinking of buying or selling a property, or have a question regarding the real estate market? Fill out the form below and we'll get back to you promptly.

Sign up to receive the latest real estate news and market updates by email.